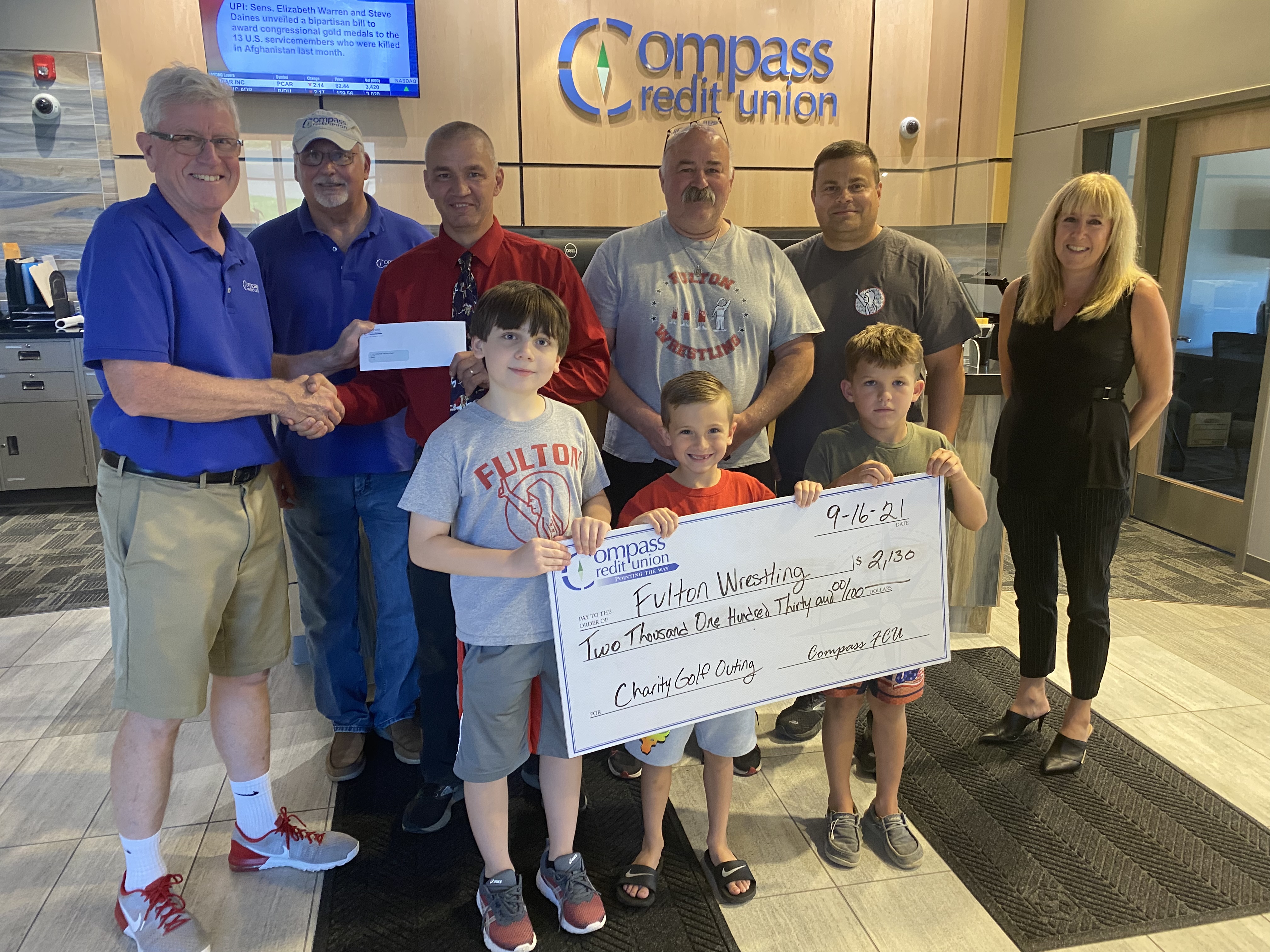 OSWEGO, NY (September 17, 2021) – The 2021 Compass Federal Credit Union Charity Golf Outing proved to be record setting both in terms of the number of teams participating and the amount of money donated to youth athletics.  This year a total of 17 teams participated in the outing, held at Battle Island Golf Course on August 27, with more than $6,300 being divided between Oswego Youth Soccer, Fulton Wrestling and the Fulton Basketball Club.

After 18 holes of golf it was Hogan’s Heroes, consisting of Ed Hogan, Tony Mara, Tim Davis and Mike Barbieri, topping the leaderboard with a score of 59.  Finishing in the second position was Raider Ghost including Matt Kitts, Chad Sheldon, Josh LeVea and Bill Pawlawitz.  Rounding out the top three finishers was Balls of Fire with team members Bob Vaccaro, Brian Howard, Henry Hazboun and Jamie Tetro.

Eric Turrel, playing for Ball Boys, and Mike Onisk of Bridie Island tied in the day’s 3-putt contest and agreed to split the prize.  Many thanks to Mike Onisk for donating his winning’s back to the youth sports organizations.

Compass Credit Union can be found on social media via Facebook at www.facebook.com/CompassFCU.