Compass Donates More than $15,000 to Area Schools for Clothing Needs 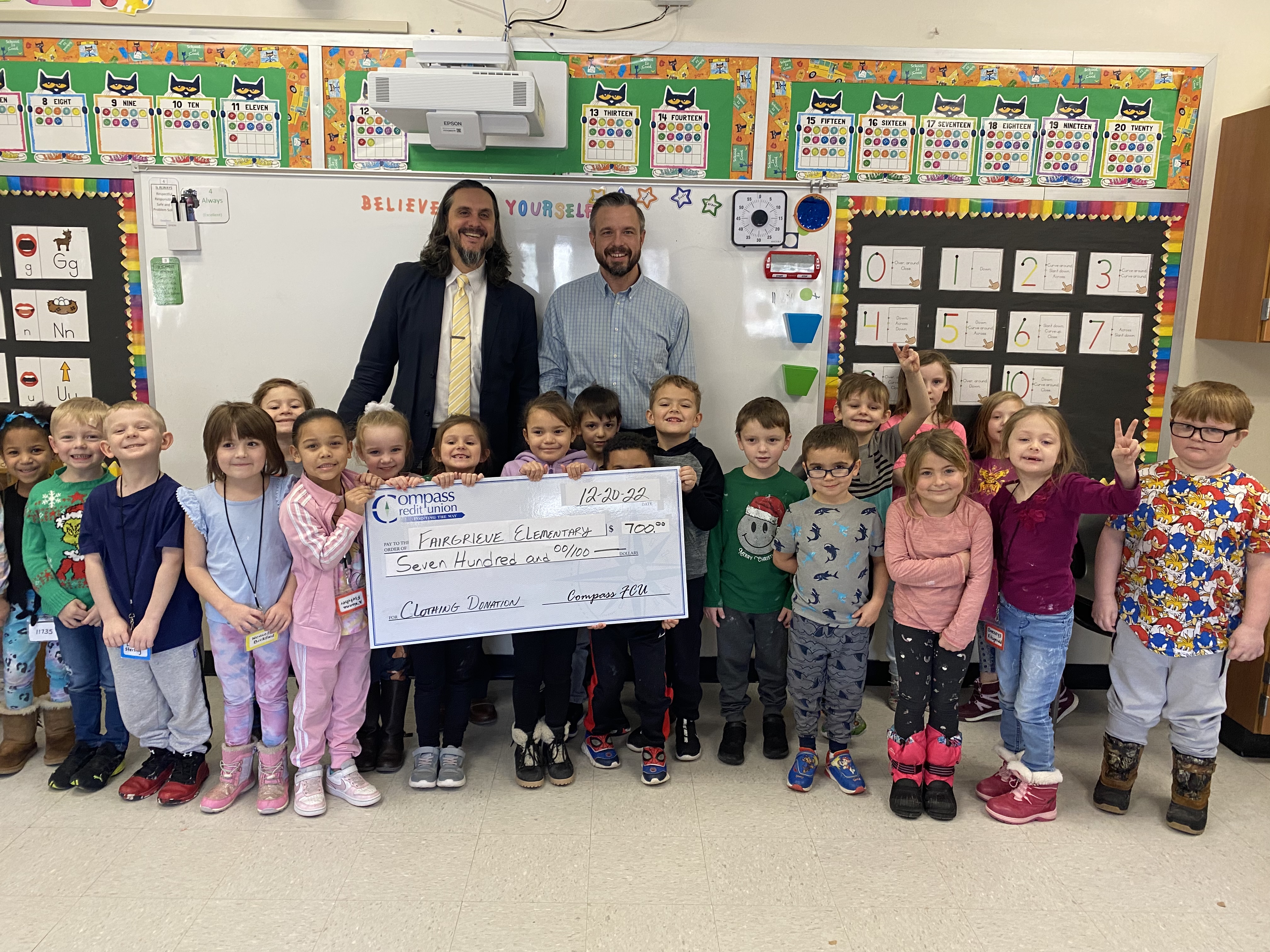 OSWEGO, NY (December 21, 2022) – As has become tradition, Compass Federal Credit Union donated an increased amount of more than $15,000 to area schools to help pay for hats, mittens, snow pants, shoes and other student clothing needs that become especially important during the winter months.

Each school in the Oswego City and Fulton City School Districts received a check donation for the cause, along with Oswego’s Trinity Catholic School.

In total, Compass made donations to 22 schools within Oswego County.

“Each year we look forward to doing what we can to help those in need within Oswego County,” said Compass Manager, Jennifer Rupert.  “We’re proud to continue this tradition each year and are happy to have been in a position to gradually increase our donations once again.  We wish everyone a happy holiday season and look forward to a great 2023.”

To learn more about Compass Credit Union’s services, or to see a listing of locations, visit online at www.compassfcu.com.

Compass Credit Union can be found on social media via Facebook at www.facebook.com/CompassFCU and on Twitter @CompassFCU.